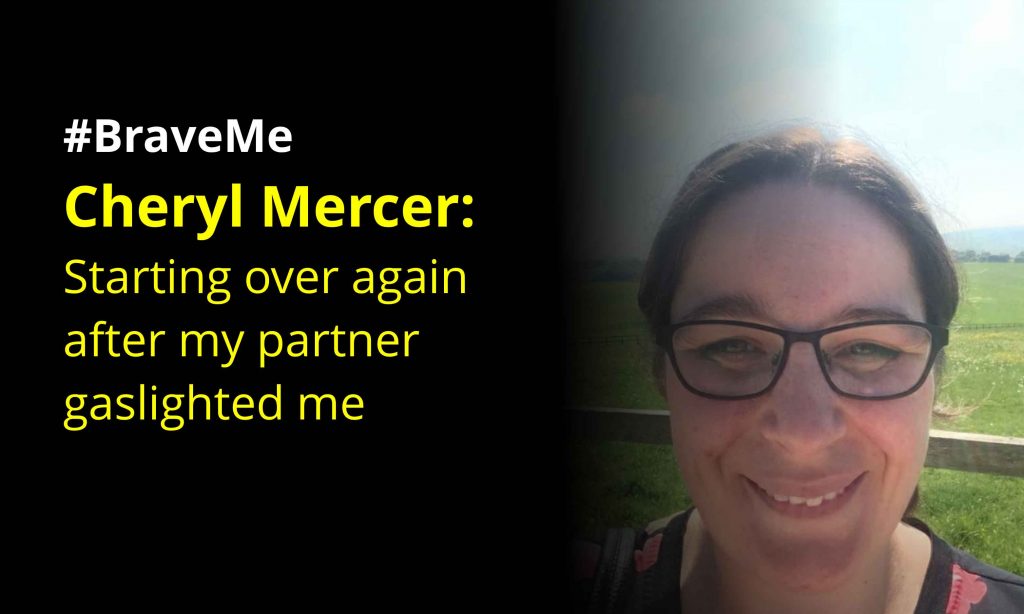 Cheryl Mercer was being gaslighted by her partner without even realizing it was a form of domestic abuse. In this article, she shares how she left this abusive relationship and started to get her life back on track by having Cognitive Behavioural Therapy (CBT) and reconnecting with her old friends.

It was the night of our fourth-year anniversary and what should have been a celebration of love turned into an argument and abuse. As I stood there in the kitchen with these words rolling around in my mind my first thought was: I have two choices I could either stay in this toxic environment of being built up to be knocked down again or I could leave.

I turned and said if that is how you feel, the best thing I can do for both of us is leave.

It was the night of our fourth-year anniversary and what should have been a celebration of love turned into an argument and abuse.

He had always been safe in the knowledge that as I had moved miles away from family and friends to be with him that he could call the shots as my “go to” person. Due to my anxiety, I had not many friends locally as I found it difficult meeting new people.  I had also had to declare bankruptcy shortly before the move, so my funds were restricted, and I did not have a “rainy day fund”. He turned and said the best thing you can do is to go home because there is nothing here for you.  Defiantly, I said I have a job here I just can’t up and leave, I like living here!

Much to his surprise, from then on, I made sure we had separate rooms. I said we are no longer together.  Over the next week, I turned my attention to finding a new place to live while keeping my distance.  I found this burning inner strength, I felt something was helping me to move forward at a fast pace and I made sure I protected myself whilst we were sharing the property.

The day came when I would collect the keys to my new home and it could not come fast enough. I had to wait around 3 weeks but I kept calm and remained strong by focusing on myself much to his annoyance as he tried to regain control of the situation. He was trying and would have loved it if I had broken down crying saying how much I wanted to stay and work it out.  See, I had taken the time to contemplate all the other times we had been at this point.  He would have a go verbally, I would take it, feel bad, cry and want to smooth things over. I’ll say sorry, that I was in the wrong and promising to make changes which I would follow through with but if they were not to his liking, he would then sabotage it creating an endless cycle.

The last time had been shortly after initially moving in with him I was barely a month in before he started saying to me that if was unhappy, I should go home.  He said I told you that it would be difficult to move.  He did not show much affection and I would cry myself to sleep thinking, the life I was living was very different to the one I had thought it would be with him.  I knew that he drank but did not realise the amount of drink which did not help the situation.  My parents helped me to move out quickly and much to their shock and disbelief within a few months I was back in contact with him and we were dating again.  Looking back now I can see how much of the kick in the teeth that was for them.  They had said at the time that it was my choice, but should things not work out then I would have to deal with it.

It took me six car loads to move but I did it by myself and although it was hard it was one of the most rewarding experiences.  The last day of the move I handed in my keys to the agent and left.

The start of a new chapter I had my own place, my own front door.   Once everything was in my flat I had a stroll along the beach and deleted his number, blocked him and his mates (apart from a few) from all social media platforms.  The few remaining people I thought were my friends as well, but I soon realised that this was not the case and so removed them from my life too.

With a fresh canvas over the coming months, I started my recovery and journey of self-discovery, learning to love myself and embracing all that life had to offer.   Recalling a conversation with a friend of mine months prior to the “wake-up call” when I had described one of the situations that had come up and she told me that it was a form of abuse called gaslighting and explained in more detail what it was, and everything made sense.  I read a fantastic book on the subject and after reading it realised I had had a lucky escape and by leaving I had given myself the opportunity to build a new life.

The healing process for me was about reconnecting with myself because of all the drama I had lost myself. I didn’t know who I was or what I wanted out of life.

I spent large amounts of time by myself going for walks in nature, I got back my love of reading, listening to music (because I only played it in the car when he was not around).  I had always had a burning desire to write and the year before I had started blogging which I taken a break from whilst I was having CBT therapy (cognitive behavioural therapy) which had been successful as I had identified and removed my main triggers.

I began to enjoy life and started to reconnect with friends from back home.  I felt so free and filled with gratitude for seeing the signs by becoming more self-aware and taking the time to think about what I wanted my future to be like.

I am studying nutrition, mindset and yoga and will be putting together a bespoke programme to support people to lead a happy and healthy life by nourishing their mind and body with nutritious food, a healthy mindset and plenty of self-care.  This would not have been possible if I had not chosen to fight for myself that day. Wherever you are in your relationship or life, if you have people or situations that are recurring and causing you pain, I would urge you to look at the bigger picture and know that you do have the inner strength to deal with it and to move on and lead a happy life.  You deserve it. 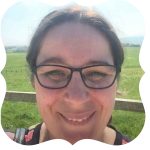 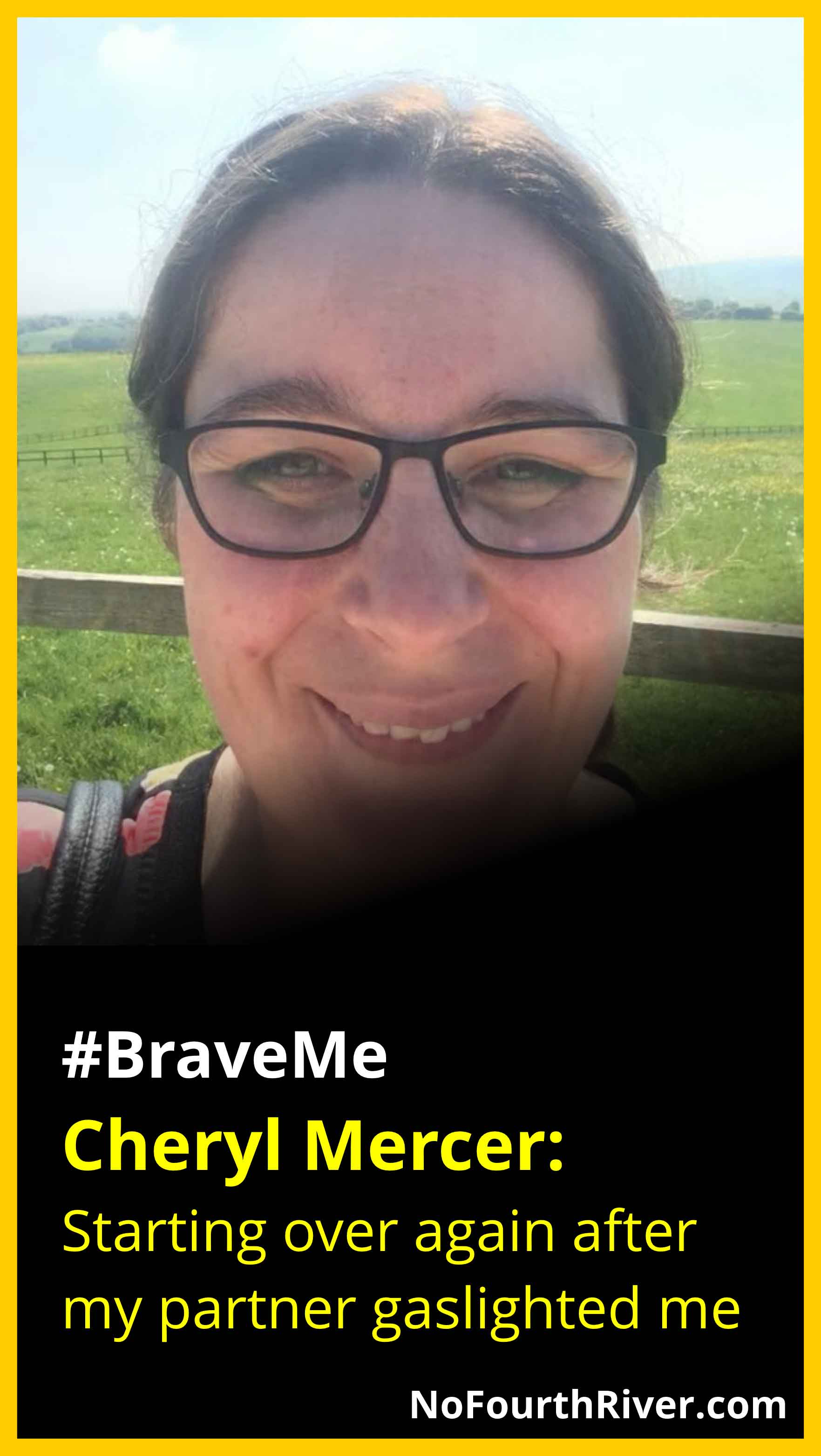